This extrusion walkthrough shows how PLA colored filament can be produced with the Filament Maker using virgin PLA pellets and masterbatch pellets which contain pigments.

This document shows the extrusion process of PLA with added colorants containing the right settings and some important things to keep in mind when extruding PLA with colorants using the 3devo filament maker. The material Ingeo Biopolymer 3D850 (PLA) is shown in Table 1.

Please note that this document is only an indication on the extrusion process, different machines and grades of PLA and colorants may require different settings.

Table 2 and 3: The most optimal settings we found to process 2.85mm and 1.75mm filament respectively.

2.1.  Starting up the extruder

After the pigment are mixed in the PLA, the extrusion can be started. First let normal PLA run, after a couple of seconds the mixed PLA with pigments can be placed in the hopper. Wait for the colour of the filament to turn into a bright colour and start spooling. Figure 2 shows the colourless PLA transitioning into yellow. 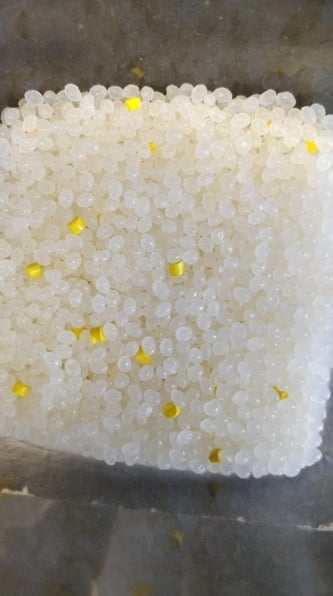 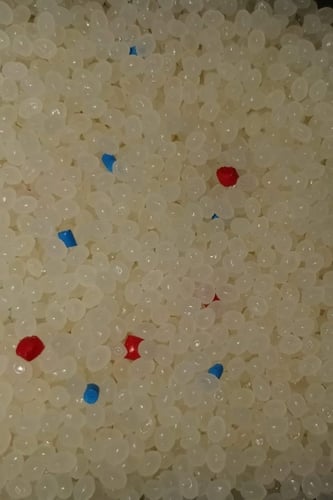 After the extrusion of PLA with pigments, it’s important to clean the filament maker well enough to get all the colours out of the machine. Pigments can stay in the machine very long when the extruder isn’t cleaned as followed:

PLA is very well extrudable into filament when using the standard PLA-settings for 1.75mm and for 2.85mm. The PLA only needs to be mixed with a total of 0.5% pigment for well coloured filament. Different colours can be made by mixing two pigment colours into a total of 0.5%.

After the extrusion of PLA with pigments, it’s important to clean the machine properly with Devoclean Mid-Temperature. There is a small chance blobs form in the filament during the extrusion. This is easily solved by breaking the pigment pellets into smaller pieces. When this is done, perfect coloured filament can be made. Below are close-up views of the filament shown. 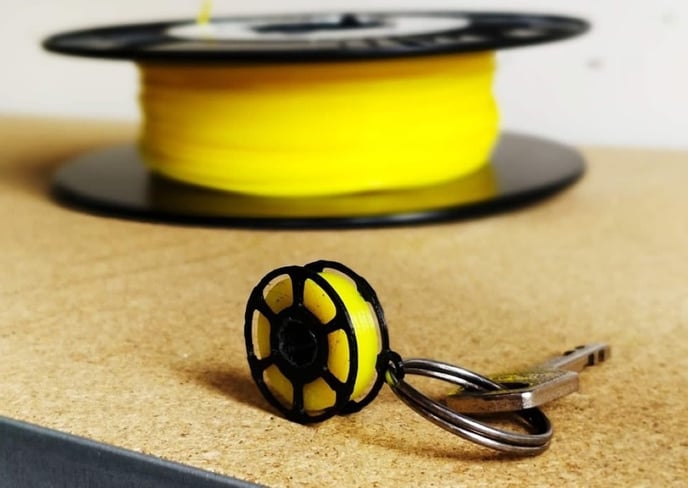