Our experiences with the recycling of shredded polyether ether ketone (PEEK). Starting with a batch of PEEK regrind, we adjust the extrusion settings for optimal filament quality.

1. General: the study about recycling PEEK

This document shows a detailed explanation of the extrusion process for shredded PEEK. It gives a overview of how we managed to get the right extrusion settings. We also provide information about the cleaning process and we discuss some important things to keep in mind when extruding PEEK with 3devo's filament maker. Please note that this document is only an indication on the extrusion process for PEEK, different machines and polymer grades may require different settings. The Victrex 450G material data sheet recommends a drying period of 3 hours, just to be sure that we removed all the excess moisture we dried the material for 7 hours. The residual moisture content should be < 0.02%. Table 1 shows some important material properties relevant for extrusion:

Figure 1 shows the shredded PEEK we used for these tests. We had approximately 200 grams of material to work with, this means we had to change settings quickly to make the most of the amount of product we could work with. 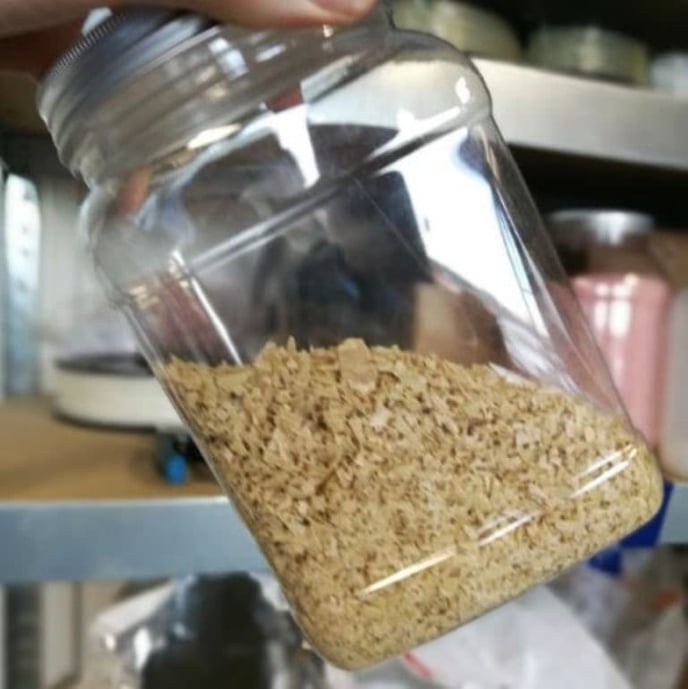 The Victrex PEEK 450G material data sheet gave some information on typical processing conditions for extrusion, so we decided to use these temperatures as a starting point for our extrusion process and change the settings according to the obtained results. Since we got up to the starting temperature using Devoclean High-Temperature, which has a low Melt Flow Index (MFI). MFI is inversely related to the melt viscosity which makes it quite difficult to start extruding with the shredded PEEK, the low bulk density causes the material to bridge at the throat feed of the hopper. Whenever working with flakes, it is recommended to set up the Feeder (vibration device).

After seven hours of drying the material at 150 °C the extrusion process was started, the used settings are shown in Table 1 beneath. We decided to use an extruder RPM of 3.5 as a starting point since we tried to extrude the material at 1.75 mm.

When starting the extrusion process for a new material there are three important things to look out for, these are:

Figure 3 and 4, below, display the puller speed and the filament thickness respectively.

Figure 3: Puller speed (vs time) during test 1 (the higher on the graph, the lower in reality) 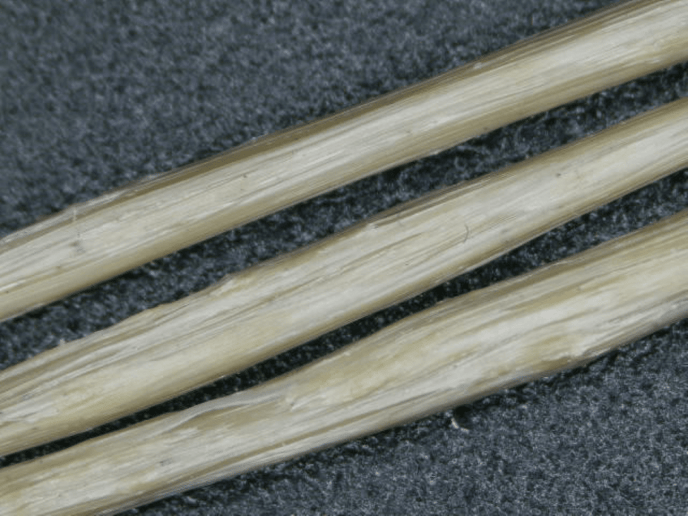 The filament for test number 1 has quite rough edges, this also confirms that the temperature at the nozzle is too low. After test number 1 we stopped pressure feeding.

For test number 2 we increased the temperatures of heater 1 and 4 as well as increasing the RPM to gain a better flow rate. Due to the increase in temperature we had to increase the fan speed as well to keep the material from sticking to the puller. The used settings are shown in Table 2 below.

At first these settings seemed to work really well, the filament thickness was within the range of 1.75 mm ± 50 μm tolerance for 400 seconds but suddenly the filament thickness started to deviate more and the flow got worse as well. It also seems that over time the temperature of the material exiting the nozzle is still a bit too cold to be completely stable, increasing the temperature of heater 1 should fix this problem while decreasing the temperature of heater 4 will lead to more back pressure inside the barrel which will subsequently increase the flow.

Figure 6 and 7 show the flow and filament thickness for test number 2.

Figure 6: Puller speed (vs time) during test 2 (the higher on the graph, the lower in reality)

We did notice an increase in the filament quality in terms of physical characteristics, the surface roughness from test number 1 almost completely disappeared as can be seen in figure 8 beneath. 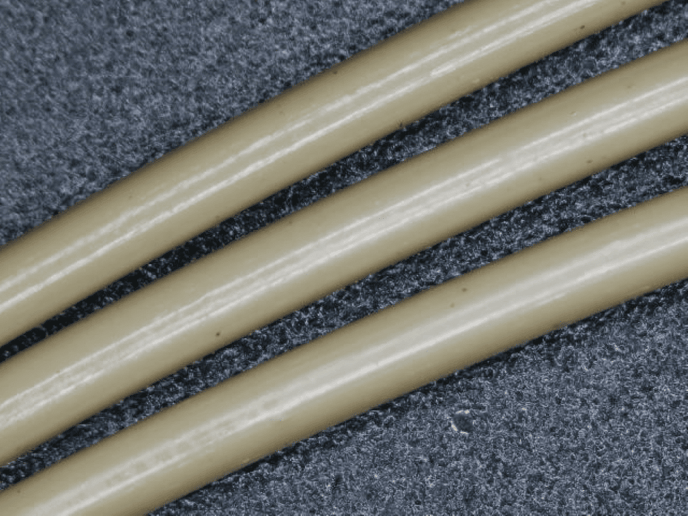 With the settings above we managed to get quite a good flow and a good filament thickness for the most part within the range of 1.75 mm ± 50 μm. Because we did not have a lot of material left we decided to use these as are final settings and try to put the filament on a spool.

Figure 9 and 10 show the puller speed and the filament thickness of the PEEK for the final test.

Figure 9: Puller speed (vs time) during test 3 (the higher on the graph, the lower in reality)

As can be seen the puller speed for test number 3 is quite good, it stays almost completely above the set puller max of 950, which tells us that the flow is good.

The graph above shows the filament thickness for test number 3, for the most part the thickness stays between the set range of 1.75 mm ± 50 μm.

Figure 11 shows a close-up of the created filament whereas Figure 12 displays the spool created with the settings for test number 3. 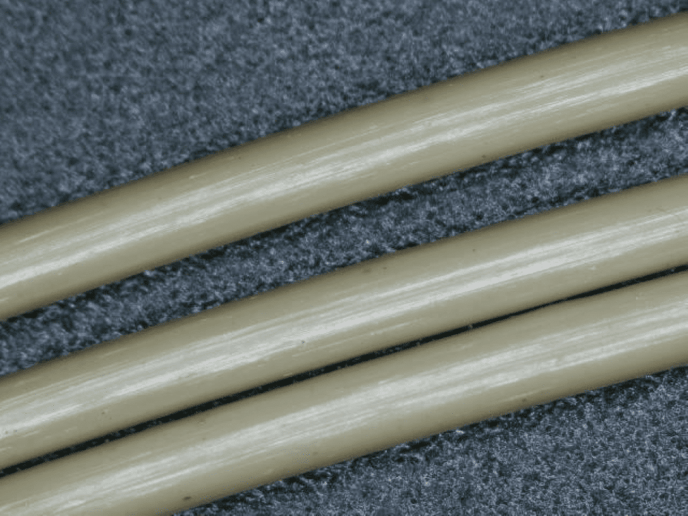 The figure above shows filament that looks good, the surface has a smooth texture and the filament is round with a solid diameter.

Figure 12: Filament spooled during test 3 (easy to spool because the product was quite flexible)

It is important to note that PEEK is not compatible to stay in the extruder after shutting it down, this will cause the material to oxidize inside the barrel contaminating subsequent extrusion. Furthermore it is key that when bringing the extruder up to temperature for PEEK a material is used that does not degrade at this temperature. We suggest using Devoclean Mid-Temperature and Devoclean High-Temperature to get to the desired temperatures.

It is definitely possible to extruded shredded PEEK using the 3devo filament maker, although some further fine-tuning has to be done to obtain the best results possible. Since the PEEK decomposition temperature is approximately 575 °C experiments at higher temperatures can be done. Keep in mind that at lower processing temperatures less polymer degrades which causes the material to have the best possible properties.

We advise to process PEEK in the following range of temperatures: